Kobe King announced just about a half hour ago that he’s leaving the Wisconsin basketball program via instagram:

The University of Wisconsin also came out with a release: 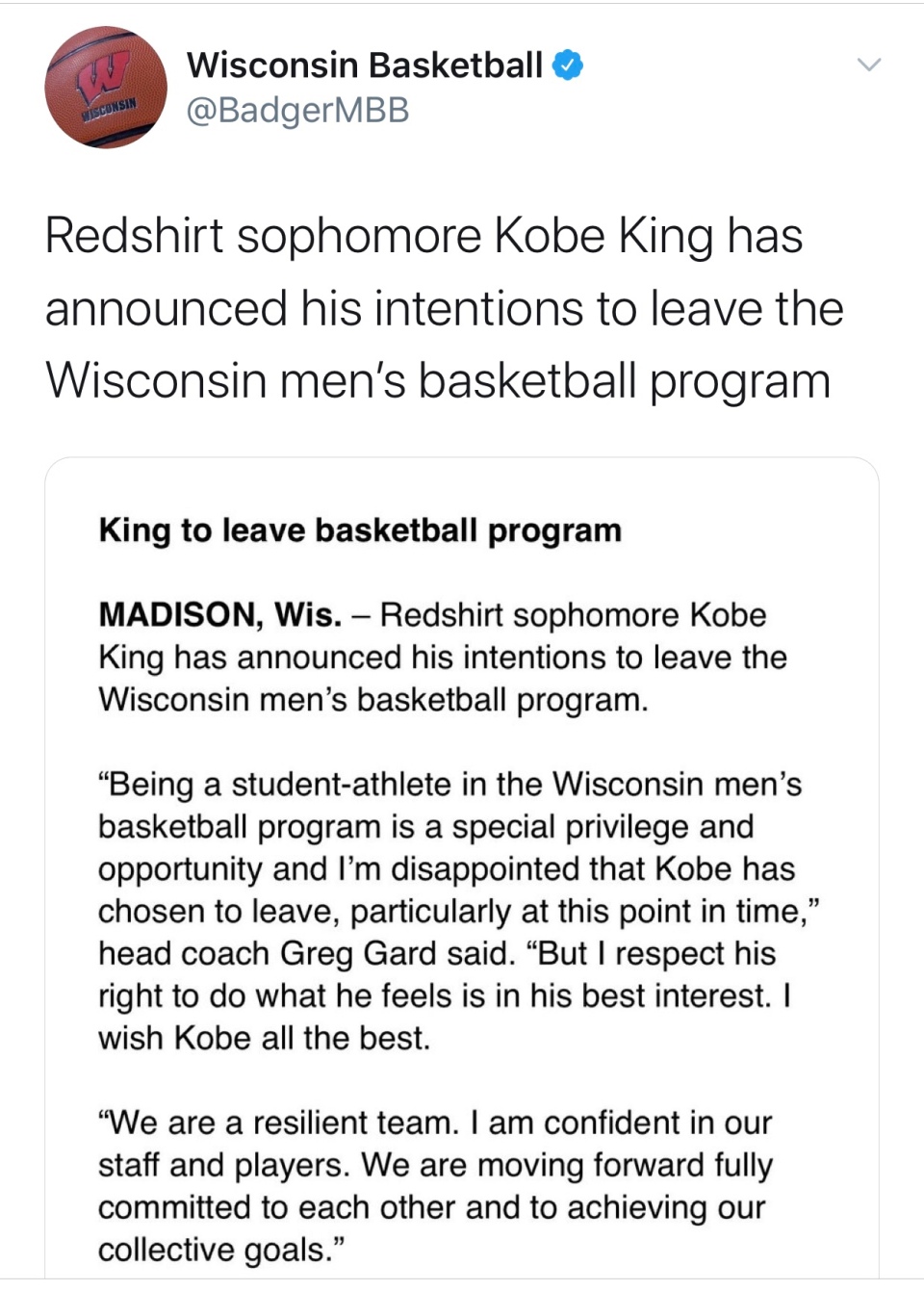 Kobe King was the second leading scorer for UW this year.

Stick it out until the end of the season and then transfer instead of cleaning out your locker, not telling anyone involved with the team, then quitting on them mid-season. The kid leaves the team in the teeth of Big Ten play.

I wish Kobe King the best as a player and human, but this reflects more on the player than the coach and program.